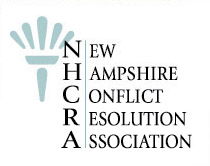 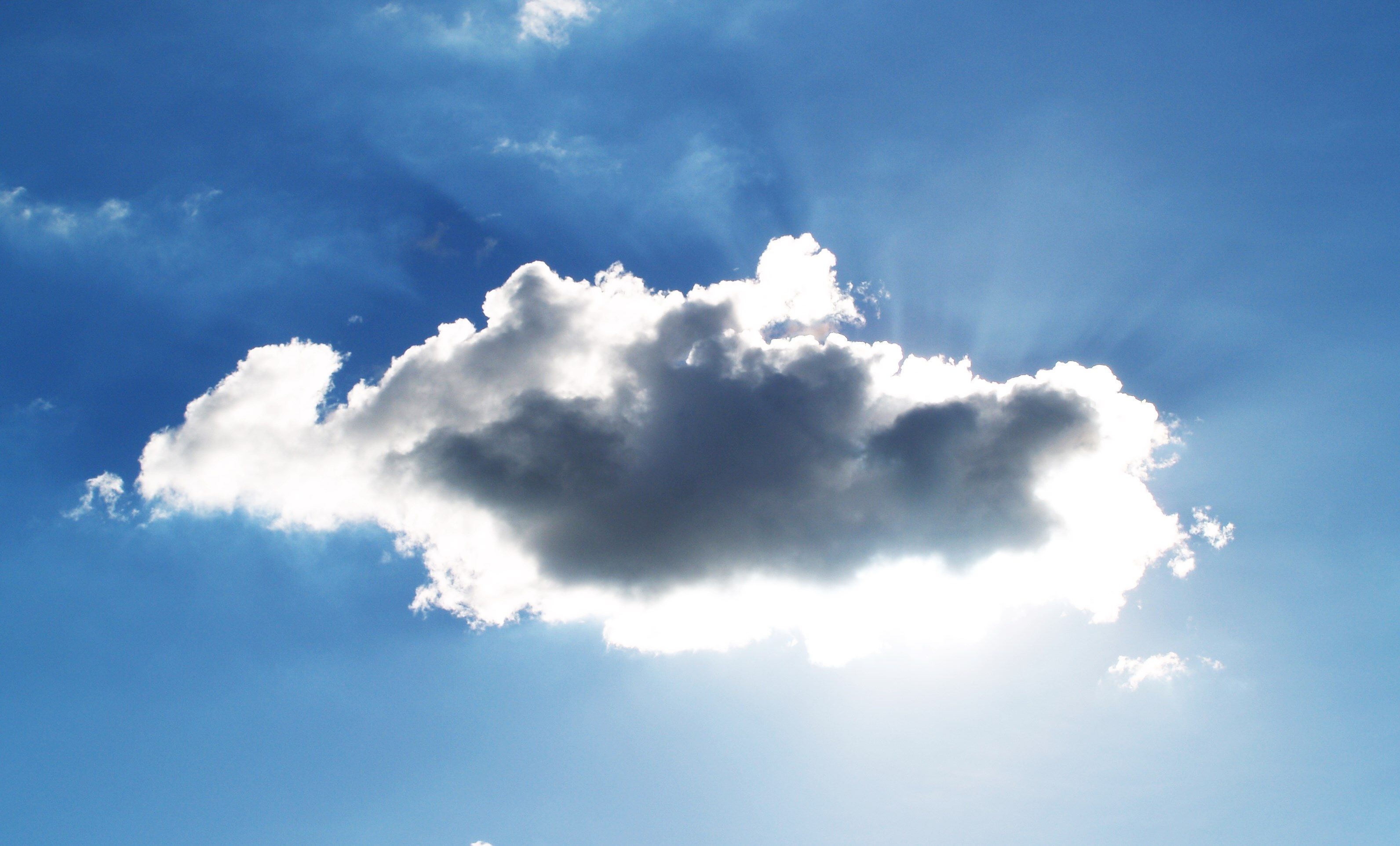 Conflict always has been, and probably always will be, present in human interactions.  As such, it can develop within any relationship, whether that relationship is between individuals, or between groups, or between the individual and the group.

Here is just a small sampling of matters where alternative dispute resolution processes, like mediation, have often proven effective and preferable to more adversarial approaches:

Conflicts in families are especially delicate, and preserving familial relationships can be vitally important. A skilled ADR practitioner can help guide the parties through the issues to reach a better understanding, engage in improved communication and a find a resolution that everyone feels is fair and reasonable.

John & Susan are divorcing. They need help working out a parenting plan, child support and the distribution of marital assets.

Dave would like more parenting time with his daughter Lexi, but Lexi’s mother would like to keep the existing parenting schedule in place.

Helen is at the end of her rope with her teenage daughter. They don’t communicate, except to argue.

With aging may come a new set of problems, where difficult decisions must be made.  Often, adult children become involved in this decision making for their elder parents. The ADR professional working in these situations must make sure the interests and independence of the elder are a priority, even if the elder cannot represent her/himself.  This must be accomplished while trying to preserve the important relationships between parents and children.

Martha will need support when she is discharged from the hospital. Her daughter wants Martha to stay with her but her son insists she return home with assistance from home services.

Jim is 85 years old and is becoming forgetful.  He wants to remain in his own home and his son agrees, but his daughter thinks a nursing home would be best for her father.

Mary's husband passed away three months ago and she wants to sell the lake house they owned together for 50 years.  Her children want her to keep the lake house and preserve the site of so many of their childhood memories.

Conflicts in educational settings may occur among staff, among students or between students (and/or parents) and staff.

Mr. and Mrs. Edmonds are concerned about their son’s safety on the school bus. They have raised their concerns with the transportation company and with the office of the superintendent of schools but are not satisfied. They are preparing to bring this matter to the school board. An outside mediator is brought in to bring all parties to the table to try and find a workable solution that will resolve this dispute.

The teachers in the social studies department of a local high school are involved in revising their school’s curriculum to meet new standards. A series of verbal exchanges culminated in an outburst at a faculty meeting. The school administrator brought in a mediator to help the teachers identify the communication and procedural differences that seem to be contributing to the interpersonal issues in their department, and find ways to restore their cooperative working relationships.

The Headmistress at a private school is interested in establishing a Peer Mediation program at her school and does not know where to begin.

Conflicts within an organization can negatively impact its culture and reduce productivity.  A skilled conflict resolver can help members of an organization to focus on their common mission and address the obstacles to reaching their goals.

Dr. Smith is spending too much time dealing with ongoing friction between his office staff which is compromising the “vibe” of the practice and cutting into the time he spends with patients.

Some of the board members of Woodbrook Preschool were struggling with the board’s new President. The prior President had been terminated and not everyone on the board was ready to accept new ideas and the changes in direction to bring the organization back on track.

Employee morale is very low at a local hardware store and the owner has lost three key employees in the last 4 months.  His remaining staff requested a meeting to discuss their issues, and it turned into a shouting match.  A friend of the owner has suggested mediation.

When either side in a business/commercial transaction is dissatisfied, an ADR professional can assist the parties in deconstructing the issues, identifying the core of the dispute and developing a solution both sides can live with.  Sometimes, there is no dispute, but the parties need some assistance in evaluating their options when facing complex business decisions.

Homeowners are unhappy with the contractor’s work on their addition, and feel they were overcharged.  The contractor feels he is simply seeking payment for the many "extras" the homeowners requested during the construction process.

Three equal partners in a business are in conflict over the future direction of the company and are not sure how to move forward.

A supplier has not been paid by one its customers and is considering filing suit.  The customer acknowledges the debt, but is going through a rough patch and would like to find a way to avoid collection proceedings.

The civil "umbrella" covers most cases that do not involve either family matters or business/commercial issues.

A tenant is refusing to pay rent until a landlord fixes a leak.  The landlord claims she has fixed the leak three times and is threatening to start the eviction process.

A family member has died without a will or the will isn’t clear about who gets what.

Neighbors can’t agree on where their common property line is., when one wishes to construct a fence.

Also, if a dispute reaches the court system, an experienced mediator can assist parties in finding creative solutions that work within a legal framework.  Mediators work with parties with and without counsel at all court departments and levels, from small claims, landlord/tenant and district court, to superior court, probate court, family court and the United States District Court.

Disputes between groups have unique dynamics. An ADR practitioner working with these conflicts should be skilled in working with multiple parties, and sensitive to the issues of the groups involved.

The residents of a residential neighborhood are concerned when a paving company moves in down the block.  The neighborhood believes the constant traffic of the loud, smelly trucks and the use of dangerous compounds threatens the quality of life and property values of their neighborhood.

A condo association receives requests from a few residents, that they post common-area signs in both English and Spanish.  Some other residents are against the idea.

Public Policy issues may include anything from land use and environmental issues to people-focused issues or financial management concerns. These issues often bring together community stakeholders with different priorities and points of view.

A utility company wants to construct an oil pipeline across a large forested area that is home to three endangered species.  Environmental groups are protesting the action.

When people disagree with the decision of a governmental agency, like the EEOC or Social Security or the Insurance Department, an ADR professional can assist the parties in understanding possible solutions.

An employee has been fired and brought a claim at the Human Rights Commission because she believes the decision was discriminatory.

An insurance company delayed months paying a homeowner’s claim for fire damage and the homeowner filed a complaint with the Insurance Department.

A homeowner is protesting a plan by the State to take a strip of her land by eminent domain to widen the highway running by her house.

Farms may appear tranquil, but they are not immune to conflict.

Jay & Syana own a Christmas tree farm along the upper river valley.  They invested in nursery trees 10 years ago that are maturing and will be cut this holiday season with anticipated profits of over $50,000.00. In the meantime, they are behind in their USDA Farm Service Agency Loan payments. They request mediation to see if they can reach an agreement to delay payment until after the holiday season income is realized.

Mark's neighbors are complaining about the smell of the fertilizer he uses in his corn fields, and want him to switch to an alternative.

Commuters in a small town are complaining that John is causing traffic problems on the mornings he drives his tractor down Route 15.

The restorative justice process emphasizes repairing harms and re-weaving the fabric of the community in the wake of a crime. When victims, offenders and community work together, the results can be transformational for everyone involved.

A 16 year old vandalizes a neighbor’s garage, and later feels shame and remorse.  The neighbor is outraged and is also concerned about the young person’s future.  Both want a just outcome and the possibility for a respectful future relationship.

An assault victim learns that her attacker is being released back to her hometown.  Before she makes a decision on whether to sell her home and move, she decides she would like to sit down with the perpetrator.